First Collection of Moonseed for the Seed Bank 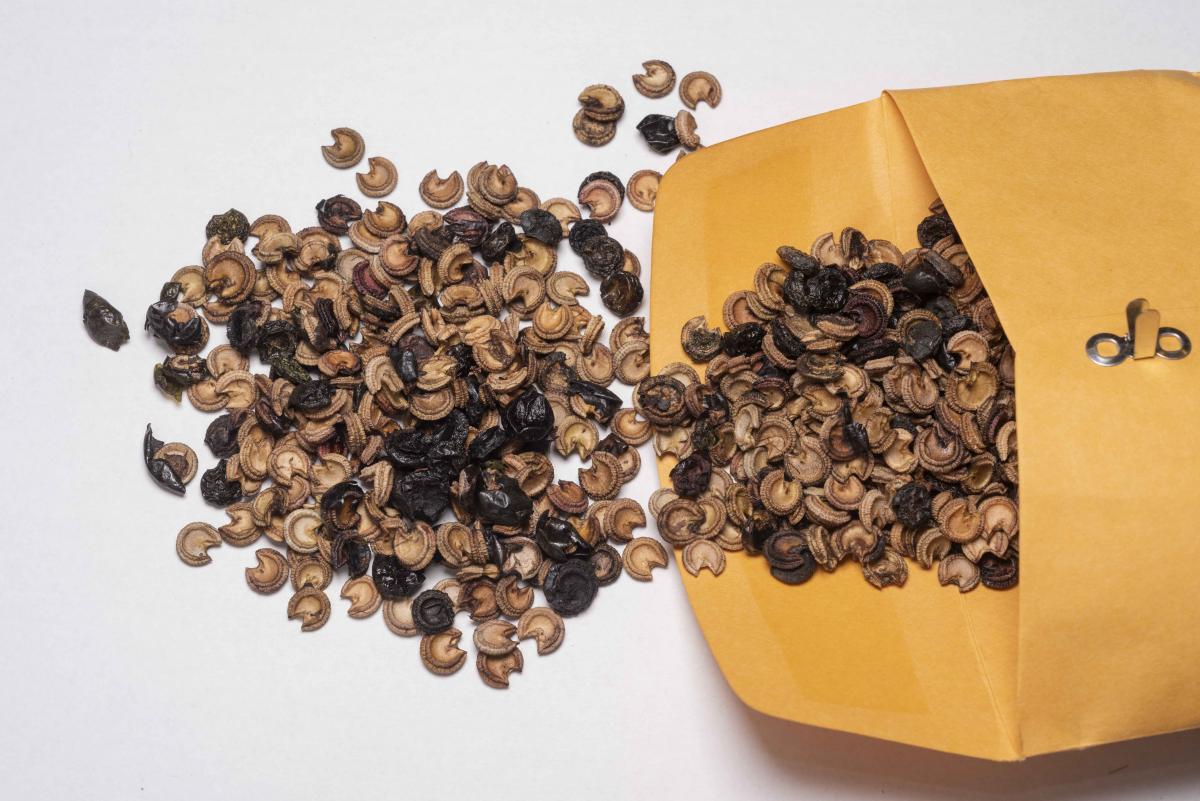 Moonseed (Menispermum canadense) is a native, woody vine that inhabits moist, shaded areas often near streams.  It can be found throughout the northeast and the tallgrass prairie region.  Illinois falls in the middle of its geographic region.  Because it is a common native plant in the tallgrass prairie region, it is included as one of the 545 taxa on the Seed Bank’s Restoration Target List.  Despite being common, the first collection of seeds of this species for the seed bank did not occur until October of 2019.  In my travels collecting seeds for the Seed Bank in and around the Chicago area, I have often come across populations of moonseed and, despite my best efforts, have never found significant fruit production.  The plant is dioecious, meaning male and female flowers are born on separate plants.  The plant also spreads extensively by rhizome so a large colony may represent a single plant or just a few plants.  If a population has few female plants or no male plants, the lack of fruits can be explained.

In 2018, I finally discovered a population that produced an abundant supply of dark, blue grape-like fruits growing near a drainage ditch at the edge of a lake in Busse Woods Forest Preserve in Cook County, Illinois.  By the way, the common name of the plant is obvious when you see the shape of these large, stony seeds – one per fruit.

At the time I was assisting the FPDCC in collecting seeds for a savanna restoration project at Busse Woods and was committed to making the seed collection for that project.  However, the following year, with permission from FPDCC, I was allowed to make an additional collection for the Seed Bank.

So why did it take so long to acquire a seed collection of moonseed for the Seed Bank?  My guess is that other collectors in the region were also finding it hard to locate populations with enough male and female plants to produce fruits in the quantity required by our collecting protocols.

Our collecting protocols were developed to acquire a high degree of genetic diversity within any given population.   However, when collecting seeds in the field for clonal species it is difficult to assess the degree of the genetic diversity within a population because of the inability to determine how many individuals occur in that population.  I collected 20% of the fruits from each of the 62 fruit-bearing vines rambling up the trunks of adjacent trees.